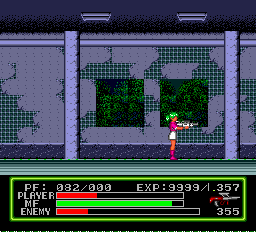 Hey everyone!
We’re proud to present a new translation patch, this time around for a proto-horror game War of the Dead for the PC-Engine. This game originally came out for the MSX, way back in 1987. The port we tackled was the PCE port, released in 1989. There are numerous differences between the ports, such as enemy types, certain items, and even characters you meet along the way. The game itself is an action RPG in the style of Zelda II in all of its iterations. While it certainly has its flaws, we found the plot interesting, and the action pretty satisfying to boot. This game also requires knowledge of Japanese to be enjoyed, so it highly benefits from the patch. We hope you enjoy the end product of our labour! 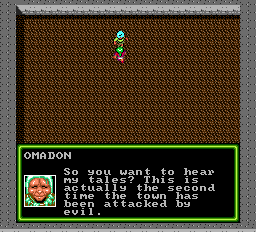 Set in the small town of Chaney’s Hills, the game stars Lila/Leila/Laila (depending on how you read her name), a member of the US Army’s team of paranormal investigators: S-SWAT (Supernatural and Special Weapon Attack Team). Her goal is to rescue he survivors and uncover the truth about the town’s past, and her own purpose. Game plays basically like Zelda II, with more emphasis on character interaction and simple puzzles (find the ladder – use it – find another item). All the battles take place in separate random encounter screens, similar to Zelda II. Lila has quite a few weapons and consumable items at her disposal, and also PS REM, which boosts her attack power. There are also simple RPG mechanics – Lila can level up by gaining “experience orbs” from certain killed enemies. The game can be difficult at the beginning, but once you gain a couple of levels it becomes significantly easier. 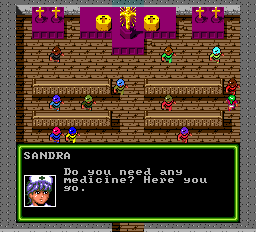 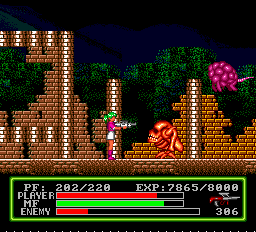 This game had some interesting concepts and references to famous actors, directors etc. The first two characters you meet are Carpenter and Carrie – obviously named after John Carpenter and Stephen King’s book “Carrie.” There are also characters such as Romero, Cameron and Cronenberg. Other than that, this game is very context-dependent, so certain bits had to be double-checked for context. A few bits, such as the ending, had to be slightly trimmed to look better, but other than that no information was lost, thanks to additional text lines.

Internally this game is a mess, as it was probably coded by amateur coders. Many things were done poorly, or in a very… well, amateurish manner. For this reason hacking of this game was a relative no-brainer, as it doesn’t contain any advanced things to worry about, meaning no compression, or any advanced coding. Just a simple 10-lines ASM hack was done to expand the space for translated text, and also some simple byte modifications were introduced, in order to bring lines closer together in the messagebox (thus adding additional lines) and move things around for better presentation. So, nothing really interesting to write here about. Well, apart from two major bugs which compromised gameplay big time. What’s more, both of those bugs are shining examples of shoddy coding, as they both come from the absence of overflow checks in items and experience points calculation. Both of them weren’t particularly hard to fix, even though the inventory/item bug required me to rewrite a whole subroutine, which was hopelessly broken, and I could just save 1/5 of original space even with all the required checks added. 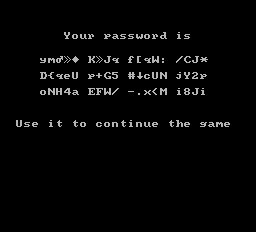 Funny thing is that the game comes with an additional booklet that mentions these bugs. Looks like the game went to production without any substantial betatesting, and after game carts had already been made, the issues surfaced. So, they shamefully added this piece of paper to warn the gamers about their screw-up… Ugh…

This translation is a non-commercial and unofficial project which is in no way affiliated with the game creators or distributors. We don’t own anything here and have no copyrights.
We release this translation in the form of a patch. Please, don’t ask us to send you the ROM, or where you can find it – we can’t help you with that. 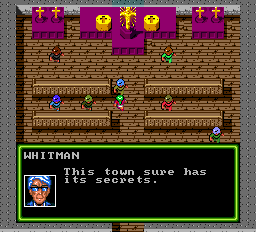 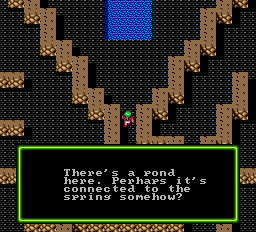