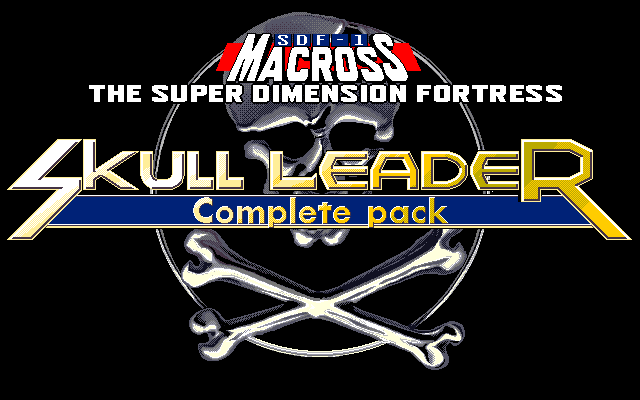 We present the translation patch for Macross: Skull Leader Complete Pack. This game is one of the best examples of a VN mixed with a strategy game, and it’s based on a popular in Japan mecha series called Macross. This game in particular covers the movie “Do You Remember Love?”, but it also takes some stuff from the anime series. It also does have some plot elements/characters of its own.

This game is in part a virtual novel, and in part a strategy game. You will need to navigate your way through the story sections in order to do battles. 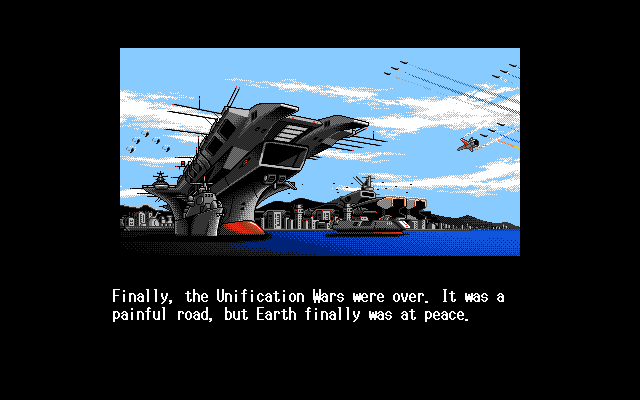 During the battles, you have many commands, such as formations (very important), different types of guns, cannons etc. There are ground battles, as well as space battles. To win, you usually have to destroy all enemy units, but the victory conditions may differ. Since there isn’t much info on this game, some tips: 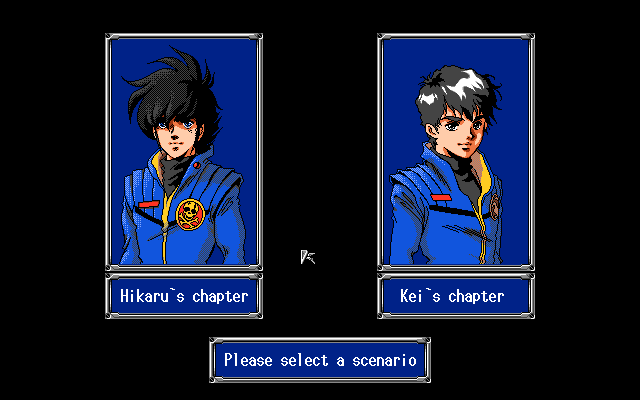 The game is for the most part based on the series/movie. Many lines are taken directly from either of those, so the fans should feel right at home with this game.

This game is an interesting take on the plot of Macross. The core of the plot is based on the movie “Do You Remember Love?”, as you can see from the designs of the pilot suits and the Zentradi; however, it uses the TV series to fill any hole that the movie doesn’t show (for example, how the Macross leaves the planet). In order to mix th 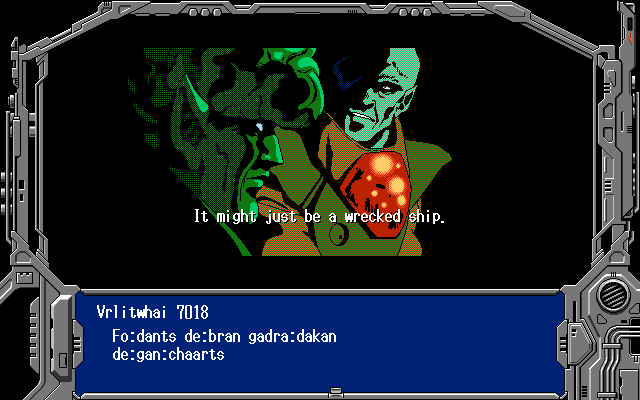 e two versions together, the role of Minmay in the tv series is “taken” by one of the original characters in the game. This game is split into two stories: Hikaru (the main character of the original series and movie) and Kei (an original character made for this game). Hikaru’s story has more chapters, and a route split that changes the story, making it more similar to the TV series in one version, and more similar to the movie in the other; Kei’s story is shorter, but has a dating sim element, with different endings based on your choices. Personally I had fun translating this game (writing the Zentradi language in particular was very challenging), and I hope you have as much
fun playing it! 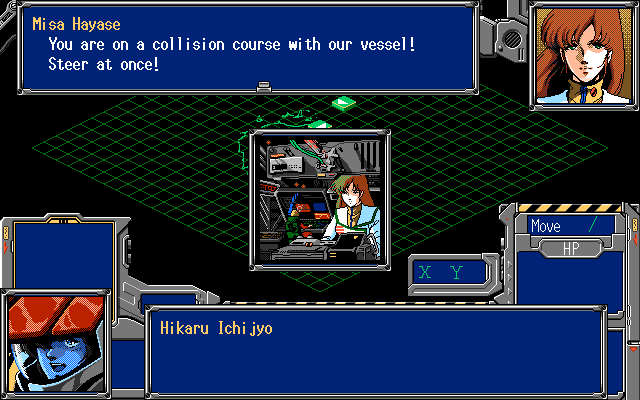 (from Celcion)
As this game uses a scripted engine for all the scenes, the main objective was to interpret the engine codes and separate text-displaying control codes from everything else. It took a considerable amount of time to decipher everything with the debugger. It was more or less a standard type of VN-engine, but of course with its quirks. The hardest obstacle were the direct offsets in non-linear parts, so any script changes required recalculating all this pointers, as they obviously would point somewhere else, breaking the game in effect. Everything else about this game was pretty easy, including graphic’s decompression, which used a pretty clear RLE encoding scheme. 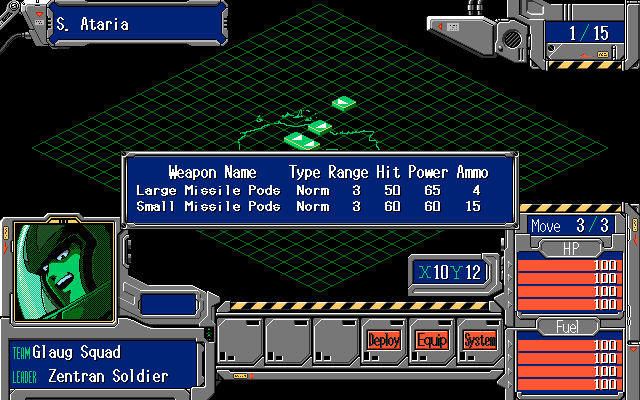 In order to make the interpreter’s work convenient, I came up with a scene scripting programme. It was written in C#. It supports parsing of the original game files, and editing script codes and compilations in the binary format. It is possible to search for both the original text, as well as the translation, in all the files. What is more, mass copying of files is also an option (for instance, names of various characters). Later on, to tune up dialogue display possibilities, code-changing option was added. It is responsible for script positioning and the dialogue box rendering in the programme. Transitional results of the work could thus be saved in the XML-file, which reached a rather significant size at the very end – around 10Mb. So as to synchronize the work results of various people better, XML-file version support function and newer data import function were added.

As this is a fairly late release for PC-98, it was supposedly optimized to work on a modern sound board that has a different FM/PSG sound balance. Because of this, the sound is somewhat off. To fix this, open the Neko Project II emulator and go to the Device -> Sound Options… and lower PSG volume from 64 to at least 54. Remember to change the settings whenever you launch some other game, as this change will be saved for good otherwise. 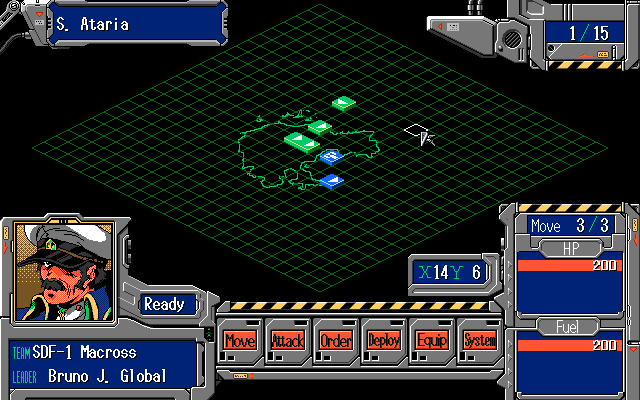 You can redistribute this translation freely as long as you don’t ask money for it and include bundled readme.txt file with it. We don’t condone any form of commercial redistribution. Please, keep that in mind. 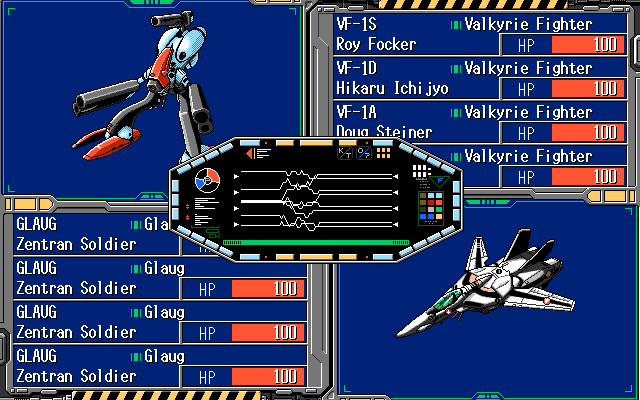 – guys from the PC-9800 Series Central Discord channel and forum 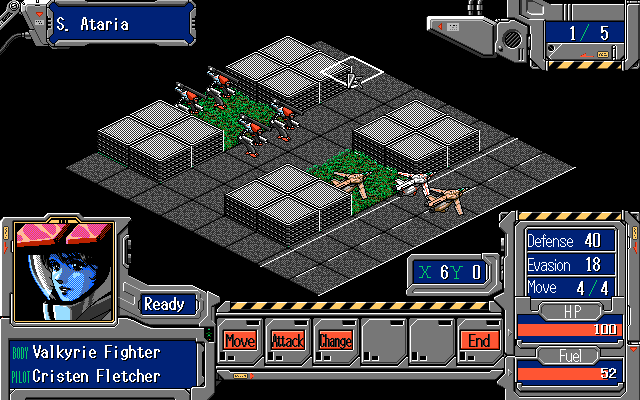 NOTE: Be sure to read how to apply the patch in the Docs section!!! 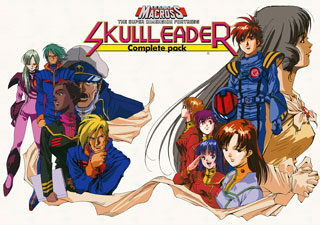